The i8 Coupé and i8 Roadster are available in China at an MSRP of $9.98 million and $10.68 million respectively, BMW’s domestic distributor Pantech announced today (6/5). The i8 Roadster is the first soft-top convertible model to be added to the range after the minor facelift, and the minor facelift mainly increases the output of the electric motor from 131 to 143 hp, bringing the combined maximum system power to 374 hp.

After four years of waiting, the i8 Roadster is finally here
The BMW I8 Coupe, the leading petrol-electric sports car of BMW’s electric sub-brand BMW i, has been in production since its official unveiling at the Frankfurt Motor Show in September 2013, and in 2016 BMW announced that a convertible version of the i8 would be produced. The i8 Roadster was announced under the original i15 code name (i8 Coupé code name is i12).

The Coupé is a 2+2-seater and the Roadster is a two-seater soft-top convertible.
The overall structure of the slightly revised i8 remains the same, with the Life Module passenger compartment made of CFRP (Carbon Fiber Reingorced Plastic) and the Drive Module comprising an aluminium chassis, a high-voltage lithium-ion battery pack and an oil/electric hybrid system. The short front suspension and long wheelbase are also maintained. While the i8 Coupé remains a 2+2-seater coupé, the new i8 Roadster is a two-seater soft-top convertible. The i8 Coupé measures 4,689×1,942×1,291mm and has a wheelbase of 2,800mm, while the i8 Roadster is 2mm lower in height at 1,289mm.

Exterior detailing to enhance airflow
In addition to the laser headlamps, the i8 has been given a new bonnet design with extra fins on the bonnet, so that the cooling air flow is no longer directed from above the bonnet, but from the wheel arches on the side, allowing air to flow under the car and out the rear.

The new Roadster model also retains its upturned doors, while the low-profile bonnet, Air Flap air intake system, front bumper air inlets, sealed underbody, side skirt folds and even the special rear spoiler are all unique features of the i8 model range that emphasise aerodynamics.

The slightly revised i8 is also available in E-Copper metallic and Donington Grey metallic, with Frozen Grey metallic trim to enhance the body lines and 20-inch multi-spoke two-tone wheels underneath. The low bonnet, the Air Flap air intake system, the front bumper air inlet, the sealed underbody, the side skirt bevels and even the special rear spoiler are all unique features of the i8 with an emphasis on aerodynamics. The i8 has been given a new bonnet design with additional cooling fins on the bonnet, so that the cooling air flow is no longer directed from above the bonnet, but from the side into the wheel arches.

The i8 Roadster is unique thanks to its double hump design and the introduction of 3D-printed structural elements.
To make the i8 Coupé and i8 Roadster even more recognisable, the slightly revised i8 models also feature “Coupé” and “Roadster” nameplates next to the C-pillars on each side. The new i8 Roadster, however, has a more distinctive body design, with an additional “i8 Roadster” welcome carpet compared to the i8 Coupé, as well as a special double hump, which is mainly formed in response to the convertible’s anti-roll device. The Roadster has a different design soul to the i8 Coupé.

The central soft-top convertible mechanism features a soft-top hood.
The central soft-top canopy mechanism folds vertically into a Z-shaped three-piece canopy, and the connection between the canopy and the lift is created using metal 3D printing technology to create an aluminium alloy connection geometry, and the canopy can be fully opened in less than 15 seconds at speeds of up to 50 km/h. When the canopy is opened, the rear windscreen is automatically raised by three centimetres, acting like a wind screen to reduce turbulence inside the car, and the height of the rear windscreen can be adjusted freely by the driver using the in-car buttons.

The i8 Roadster’s central soft-top convertible mechanism folds vertically into a Z-shape with a 3-piece roof.
The interior of the slightly revised i8 is not significantly changed, but mainly the 8.8″ iDrive screen in the centre has a touch function for the first time, and the iDrive 6.0 interface is used for graphical operation, making it more intuitive to use. The iDrive ceramic touch knob with i8-specific engraving, the Dry Carbon carbon ceramic trim, the head-up display, the sports multifunction dial with gearshift paddle and the new wireless mobile phone charging system (exclusive to the Roadster) have been introduced on domestic models, giving the overall interior a predominantly avant-garde technological ambience.

The i8 Coupé also retains its 4-seat layout with 2+2 seats.
Safety and Connected Drive technologies such as High Beam Assist, Active Collision Avoidance and Pedestrian Detection, Emergency Assistance, as well as the Connected Drive intelligent connected driving technology range of remote after-sales service, intelligent remote control and online lifestyle information are all standard equipment on the slightly revised i8. The 10.25-inch multi-mode digital instrument panel remains one of the highlights of the i8’s interior.
The electric motor has been increased by 12 hp to a maximum combined power of 374 hp.

Both the i8 Coupé and the i8 Roadster have the same powertrain, with a 1.5-litre inline 3-cylinder petrol turbine engine and an electric motor on the front axle. When fully powered by both the fuel and electric motors, the i8 is driven in a four-wheel drive mode exclusive to plug-in hybrid power.

The i8’s internal combustion engine is powered primarily by a 6-speed Steptronic manual transmission to the rear wheels. The fuel engine is a 1.5-litre TwinPower Turbo inline 3-cylinder petrol turbine engine with direct injection and Valvetronic variable valve lift, as well as a new particulate filter to effectively remove particulate matter from the exhaust air. The sporty sound has also been adjusted to enhance the driving experience.

The i8 is powered by the same BMW eDrive technology, but the battery capacity of the high voltage lithium-ion battery has been increased from 20Ah to 33Ah. The purely electric cruising speed has been increased from 70 km/h to 105 km/h in the default mode and can reach 120 km/h if the driver presses the eDrive button. The i8 Coupé has an electric range of 55 km, an increase of around 50 per cent compared to the pre-model version, while the i8 Roadster has an electric range of 53 km. What You Need to Know About Gozo Jeroboam Perfumes

When it comes to Gozo Jeroboam Perfume, there are several things that you should know. First, you should…
byKihn Ezequiel

ibomma motion pictures in telugu 2022 : This is an unlawful site which transfers generally most recent telugu,…
byJanuuAbbasi 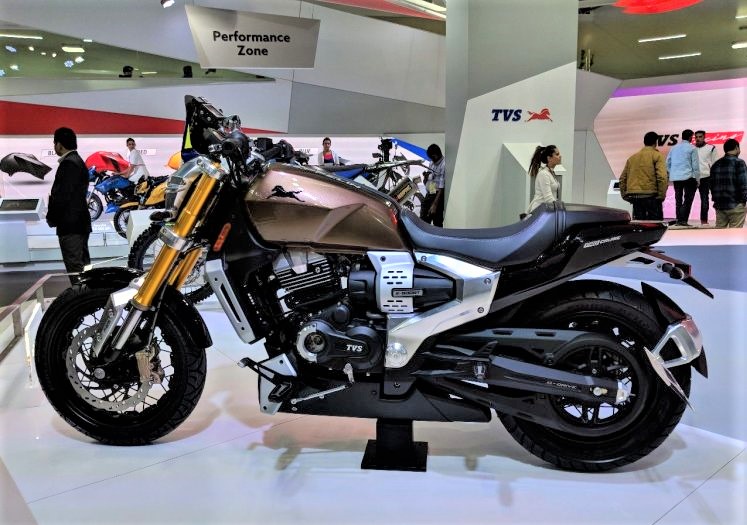 Maximum range of 140km, smart enough to catch up with the mainland? TVS India launches the new scooter iQube

The new iQube has been launched earlier by TVS, a leading Indian motorbike brand, as a ‘copy’ of…
byJanuuAbbasi