These are all the Jojo’s Bizarre Adventure games

Jojo’s Bizarre Adventure is one of those manganime that leaves no one indifferent. His particular drawing, his paradigmatic style of humor and his tangled narrative have made him one of the most famous series of recent times, something that is no stranger to the world of videogames, which next September 2022, taking advantage of the 35th anniversary of the manga, will launch a new combat title, JoJo’s Bizarre Adventure All Star Battle , where we will see the protagonists get entangled in spectacular battles .

The title will be available for Xbox One and Series X/S, Nintendo Switch, PC, PS4 and PS5 and in it we will be able to enjoy more than 50 characters that have passed through the pages of the manga. The bad news: it will not have crossplay except on the platforms of the same company.

Actually, it is a remastering of one of the first works of the franchise , only it will include a wide variety of new features, such as a new campaign mode in which we can relive some of the most significant moments of various arcs of the series.

Among the various new mechanics of the game , there are help attacks, with which we can summon an ally to perform a ranged attack (Assault Assist), chain a longer combo, break the opponent’s (Reversal Assist) and even set traps. These moves will be capped and will appear below the character icon to let you know how many times you can use them per round. Another change compared to the original is the inclusion of a kind of parry , with which you can counter the attacks of your rivals and initiate your counterattack.

To these two we will add other slight changes, such as the increase in game speed , the inclusion of hitstops (each hit made momentarily freezes the player), the facilitation of combos through the simplification of commands and the balance of some attacks to make it just as fair to play with any character. And of course, this work will include the Jojo’s pose , so that after each confrontation the characters will do their corresponding dances.

But, as we said, this is not the only video game in the saga . It hasn’t been as exploited as other manganime franchises, but it does have a couple of titles that will delight its fans.

It only came out in Japan and it did so in the early 2000s, only on PS2 . It is a classic fighting and action game in which you can control the main protagonists of the Vento Aureo arc. It didn’t have much of an impact because it didn’t leave Japan’s borders and it took place at a time when the saga wasn’t very successful.

It’s a modern take on the arcade classic that was released in 1998 and was designed by the same team as Street Fighter . It has appeared on various devices, including the Dreamcast, PS1, PS3, and Xbox 360. Its graphic style is noticeably different, which made it quite remarkable for its time. It features a roster of over 20 playable characters and has a story mode that chronicles the events of the Stardust Crusaders arc.

It is the original that remasters the title that will come out now. It came out at the perfect time, just as the series was starting to catch on in the West. It had almost all the characters that had appeared in the anime up to that moment, its graphic style was highly applauded and the gameplay made it one of the fighting games of the moment, also allowing online battles . It was released for PS3 and developed by CyberConnect 2.

It is the only one on the list that is not a typical fighting game , but rather an action game, since it has combat and movement mechanics of the beat’em up genre . It has an original story in which there are temporary distortions in which characters from different arcs are mixed, something that makes it unique and interesting. It has more than 52 selectable characters and its gameplay is quite fun, especially due to its anarchic combat. It covers from the first argo to Jojolion and is exclusive to PS3 and PS4. 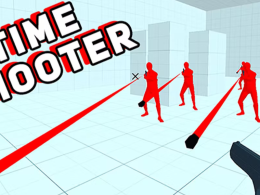 Online games that can be played without restrictions are known as unblocked games. From straightforward and casual games…
byKihn Ezequiel

Persona 3 – the best one later this year

Persona: The switch gets 3 parts and the best one later this year Switch implementations of Persona 3…
byKihn Ezequiel 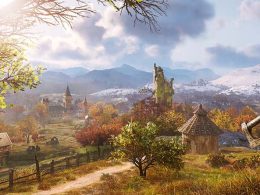 All the Graves of the Fallen in Assassin’s Creed Valhalla

The F-14 Tomcat is the newest aircraft in War Thunder – 5 reasons why you need it! –…
byKihn Ezequiel